I am a homebrewer, can I sell my homebrew/beer/wine/mead/cider/etc.? 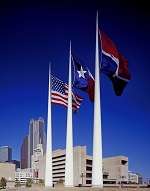 As a fellow homebrewer, unfortunately I have to tell you the answer is no, unless you obtain professional brewing licenses and sell beer from a commercial brewery or brewpub. There are a lot of misunderstandings about what you can do with your homebrew.

Each state has its own laws for how much you can make and where you can take it, etc. Federal law permits a household to produce 200 gallons of homemade alcoholic beverages (but no distilling). Beyond that you must pay excise taxes and obtain professional licenses. Federal law permits sharing homebrew beyond the household for organized tastings, competitions and the like. Each state is permitted to establish more stringent standards (for example, a state may only permit a household to produce 100 gallons or make it illegal to physically remove homebrew from the house it was made). Texas has not yet established more stringent standards.

One area of confusion is what constitutes an “organized tasting”. The term generally includes organized homebrew competitions, homebrew club meetings and the like. Getting together on Saturday night for a party and bringing a keg of homebrew is probably not an organized tasting. However, there is not a lot of interpretive materials to get a sense of what falls in the definition and what does not. The Texas Alcoholic Beverage Commission (TABC), who administers alcoholic beverage laws, has provided scant advice in this field. The general sense from alcoholic beverage commissions across the country is that they are not particularly concerned with people sharing homebrew among friends or giving away small amounts as gifts. That said, these acts are likely not legal and the lack of prosecution is not the same as declaring them legal.

Additionally, there is a strong incentive to make money by selling homebrew. This is definitely out of the question. The laws are very clear that any selling is illegal. I am unfamiliar with any state, at this time, that allows people to sell homebrew. Selling is not just taking cash in exchange for the beverages. Selling also includes leaving out tip jars, taking “gifts” or cash obviously intended to be in exchange for homebrew. This also includes bartering goods or services for homebrew. Bartered goods and services are income, which means when you barter with homebrew you are engaging in a buy-sell transaction. If you chose to share your homebrew, it must be purely voluntary and purely as a gift with nothing obtained in exchange (a verbal expression of gratitude is ok).

It is unlikely selling homebrew will ever become legal. For one reason, states are very strict about the production and distribution of food products and heavily legislate and prosecute quality standards and cleanliness through the health code. Food products typically have to be made in a commercial kitchen, subject to health code inspections and certification. Additionally, commercial brewers do not want the competition.

Even craft brewers may love homebrewers as enthusiasts and a significant part of their market; but I suspect most do not want the additional competition. There would be strong resistance by the very strong beer (and liquor, to a lesser extent) lobby, especially in Texas. Additionally, it would create a logistical nightmare for intellectual property. If homebrewers are cloning popular beers and selling it as a discount, brewers may have a claim of patent or trademark infringement for selling clone beers. Similar problems would arise in regulating the labeling and marketing of homebrew.

Unfortunately, there is no magic wink-wink process to make it legal. If you are serious about selling your beverages, consider going professional and starting a commercial operation. Seek the assistance of an attorney and business planning professional to draft business plans and assist you with regulatory requirements.