Aftersome technical issues at the office Thursday I decided to head home mid-day. I almost made it home in Keller, Texas when I drove into some unusual traffic at the intersection of 377 and Golden Triangle. This intersection in Keller is a critical juncture because it is the main thoroughfare from Interstate 35-W to Southlake and Grapevine, where Golden Triange becomes Southlake Boulevard and then Northwest Highway. 377 is also an important vein for traffic. It connects Keller and Roanoke to shopping in Wautaga, 820 and goes all the way into Fort Worth. This particular intersection happens to be part of my path to and from my office. I am keenly aware of the very common–and dangerous–red light running. Right around 12:30pm yesterday I made my way through the southbound traffic to see this car accident on the north side of the intersection:

Responders have already loaded one car (on your right) on a flatbed for transport. This SUV (on your left) was upside down and another flatbed was in the process of turning it over with chains. You can’t see the top of the SUV in this picture because it was completely flat. Sadly, I would be completely surprised whether any of the passengers in the SUV survived the wreck.

Reconstructing a car accident in Texas

In a car accident where you receive bodily injury or total destruction of your vehicle, it is highly likely the insurance companies will contest the fault of their insured. As part of your personal injury claim, you must prove the other party’s fault for the damage or bodily injury caused by the car wreck. Part of proving fault in a car accident often includes reconstructing the accident. Sometimes the parties involved in the accident agree on the facts but disagree about liability. Often the parties disagree about key facts that led up to the accident. 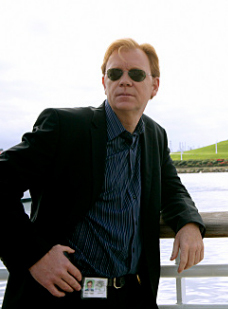 Sometimes reconstructing the car accident requires expert opinion. Looking at a picture usually does not tell the whole story. Experts can draw from many sources of data, including witness reports, police reports, statements by drivers and passengers, pictures taken at the scene and pictures taken after the accident clean up. Newer cars contain black boxes that give specific information that can be critical to reconstructing the accident; however, that only tells the expert what the car did, not what was happening around the car. The experts employed in personal injury litigation are forensic experts trained in the science of reconstructing car accidents. They are to car accidents what CSI is to murder scenes.

The best evidence is fresh evidence. You should carefully try to take pictures of the vehicles, location, skid marks, etc. immediately after the car accident. Also try to get the name and phone number of any witnesses. Get medical attention first if injured. If injured and cannot take pictures or talk to witnesses then you should ask somebody to do that for you.

Hire a Dallas, Texas and Fort Worth, Texas attorney

If injured in a car accident, you can expect the other driver’s insurance company to deny liability for your injuries. Having this evidence will not be enough to get the insurance company to do the right thing. You will need to hire a lawyer to assert your claims and get you the compensation you deserve.