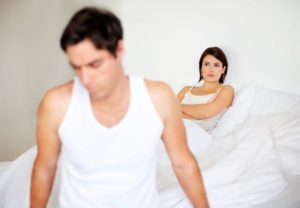 What is a common law marriage in Texas

2. Living together as spouses. What people think of as cohabitation. There is no bright line test for how long or what conduct must occur. Whatever you think spouses do when they live together is going to meet this requirement. It has to be more than just roommates but it does not have to be an ideal family situation.

3. Hold themselves out as married to the world. The parties must behave as husband and wife in public. This is typically accomplished by telling people you married or introducing the other as your spouse. If you just tell close friends and family that you married then that is usually not enough by itself. You cannot have a secret common law marriage.

Declarations of Informal Marriage in Texas

Why obtain a divorce for a common law marriage in Dallas-Fort Worth, Texas

In many cases the parties to a common law marriage who split up never obtain a divorce, they simply go their separate ways and act like the marriage never really existed. As a practical matter, this can work just fine for the spouses much like other married individuals who separated from their spouses but never obtain a divorce. If no declaration was filed proving the common law marriage then it is even easier to go on as though the marriage does not exist (or never existed) because there is no documentation in the state’s marriage records. It’s cheaper than hiring divorce lawyers but not necessarily the best solution.

However, just like spouses in a formal marriage who separate but do not divorce, problems can arise down the road when you or your common law spouse want to take advantage of the Texas Family Code’s provisions on property division in a divorce or one of the common law spouses dies and the other (or his or her family) wants to pursue assets from the deceased spouse’s estate.

You can deal with child issues in a suit affecting the parent-child relationship outside of a divorce but it is common to deal with the child and property issues collectively in a divorce. You may want to protect the assets you have now or into the future from your common law spouse. This is particularly useful if you see yourself moving into a higher income bracket where your earnings continue to be community property. Alternatively, your common law spouse may be financially better off after you separated and you want to use a divorce to exercise your community property rights under the Texas Family Code.

In less common situations, you may need to dispute the existence of a common law marriage that allegedly preceded a current marriage to avoid allegations of bigamy or voiding a current marriage because you are still married to a prior spouse. In Texas you may only enter into one marriage at a time and failing to dissolve a prior marriage can subject you to criminal punishment for bigamy and void your current marriage.

Disputing the existence of a common law marriage

Typically a common law marriage is disputed by proving one or more of the three statutory requirements was not satisfied. This usually requires a trial on evidence of these requirements. If you filed a declaration with the county then it is difficult to disprove the marriage. You gave testimony in the declaration to the contrary. Which requirements may be best argued and the evidence depends entirely upon the facts of your particular situation. (And the hope that you did not file a Declaration of Informal Marriage.)

Another way to dispute the common law marriage is to prove one or both lacked capacity to enter into marriage. Lack of capacity can be shown by identifying a statutory reason why the two parties cannot marry. If any of these conditions ended during the alleged marriage then the marriage can is valid from that point forward.

The third most probable defense is one spouse was already married during the course of the alleged common law marriage. Because no person can marry multiple spouses in Texas, the latter marriage is void. There are some complications with this issue if one of the alleged spouses did not know the other was married; but that will not create a second, simultaneous valid marriage. The second marriage is still void.