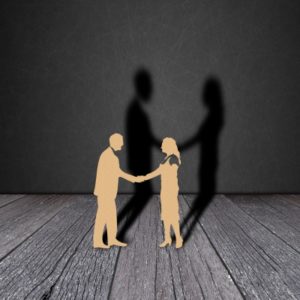 I am a skeptic of Employee Stock Ownership Plans because they create unique financial risks to employees. The ESOP industry, unsurprisingly, takes issue with my position; but it’s hard to take their position seriously in light of cases like today’s appellate decision from the Seventh Circuit. Certainly I would agree that some ESOP plans are well-managed and financially benefit employees; but the risk of mismanagement is substantial. If you believe you have a claim for ESOP mismanagement then you should talk to a Dallas, Texas employment lawyer right away.

Today’s case Fish v. GreatBanc Trust Co., from the Seventh Circuit, illustrates just how bad things can get. This is a worst case scenario but from the facts presented in the appellate decision one can see just how easily the business owners were able to fleece the employees with the help of both a trust company and an investment advisory firm. The appellate decision largely dealt with a procedural issue with the plaintiffs’ claims but the facts of the case are the focus of today’s post.

Here are the facts as presented by the appellate opinion: The plaintiffs, Bonnie Fish and others, were employees of Antioch. Antioch made and sold scrapbooks and scrapbooking accessories. Antioch offered the employees an Employee Stock Ownership Plan (ESOP) in which the plaintiffs participated. Ownership of Antioch divided between the ESOP and the Morgan family, who controlled operation of the company. The ESOP owned forty-three percent of Antioch’s common stock.

In the early 2000s the Morgan family pursued a transaction that would allow them to: (1) cash out stock at a favorable price; (2) leave the family in control of the company as fiduciaries of the ESOP; and (3) gain tax advantages by converting Antioch to an S corporation with a single shareholder, the ESOP. Essentially the Morgan family receive cash for their stock while transferring all the stock into the ESOP, which they controlled. They kept control of the company but receive an enormous sum of money for their ownership.

The transaction was structured so that a tender offer of $850 per share was offered for all stock. The non-ESOP shareholders would sell all their shares but the ESOP would decline the offer. As a result the ESOP would be the only remaining shareholder. To pay off this transaction, the company had to cough up $150 million. The company borrowed most of the money. The owners got rich. The employees who own the company through the ESOP now have an enormous debt on their shoulders. You can see how that is a bad deal for the employees. However, it gets worse.

An exception exists in ERISA that permits these transactions if the purchase occurred at fair market value as determined in good faith by the fiduciary. Typically this means the plan engages the services of a financial entity to appraise the transaction and then execute the transaction at that price.

In efforts to comply with this exception (or at least to give the illusion of efforts to comply), the Morgans and Antioch entered into an arrangement with GreatBanc Trust to have GreatBanc Trust become the ESOP trustee on a temporary basis for purposes of evaluating the offer and making an independent decision whether to decline the tender offer and remain the company’s sole shareholder. GreatBanc in turn hired Duff & Phelps, a financial advisory firm. Duff & Phelps described the transaction as “the most aggressive deal structure in the history of ESOPs.” The Morgans contemplated firing GreatBanc and Duff & Phelps after that.

Then the transaction began to unfold. GreatBanc and Antioch made changes to the plan that had the effect of encouraging employees to cash out their shares in the plan by advancing distribution payouts after leaving the company and placing well-meaning protections for the share price but had the downside of risking over-inflating the share price. In spite of the obvious risks involved in these decisions, neither GreatBanc nor Duff & Phelps raised concerns about these risks. Part of the reason these risks were overlooked was because Antioch provided a single page projection of liability projections that gave an all-clear on the company. Neither financial firm probed for more information. The transaction closed and the Morgans received their pay out. Then, unsurprisingly, things went sideways.

Some employees figured out the obvious: the stock price was as good as it was ever going to get and they could get paid out reasonably quickly so getting out right after the transaction was a financial windfall for them almost as much as it was for the Morgans. As a result, seventy employees resigned and cashed out. This effectively caused a bank run on the ESOP. The ESOP had committed itself to protecting the high price so it had to pay the protected price no matter how many sellers there were so in quickly incurred a liability the company was unprepared to manage. Antioch saddled itself with the debt from the stock buy-out. It lost a significant number of employees, which dragged down performance. With revenues declining and increasing liabilities to pay out the ESOP distributions, the company declared bankruptcy in 2008.

Although an ERISA-protected plan will shield plan assets from creditors in a bankruptcy, there are no protections for the value of company stock in the bankruptcy. Because the company stock became essentially valueless in the bankrupcty, so too did the value of the plan assets in the ESOP. Stockholders are the last line of creditors in a bankruptcy which means the ESOP participants would receive little to nothing. Those participants stuck in the ESOP as current employees suffered far worse than those who left and received distributions. That has the twisted effect of severely punishing those employees who were loyal to a disloyal employer. The plaintiffs argued that they were not given ERISA-required disclosures of the risks involved in the transaction and that failure to disclose magnified the losses they incurred by continuing to participate in the ESOP.

Why this matters to you and your retirement plan

This is a rough tale for the employees who lost everything to owners who fleeced them for their retirement savings. Duff & Phelps recognized this transaction was a particularly foul manipulation of the ESOP but unfortunately similar situations arise that place employees at risk for their investment in an ESOP. There is an unavoidable financial risk when employees put their future income in the same basket as their current income. It is a non-diversification strategy in which risk is magnified by the inherent problems in ESOPs. They are often offered to small companies where professional management may not exist. The owners may treat the business more like their personal fiefdom than a business subject to modern regulation.

If you believe your employer’s ESOP plan engaged in similar behavior then you should speak with employee benefits attorneys right away. ESOP claims involve complex areas of benefits law. Attorneys familiar with benefits law can assess your situation and whether you have claims to pursue.

You can access a full copy of the opinion by clicking here.