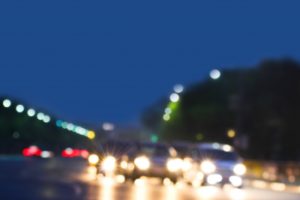 This year’s Masterchef season is plagued with allegations of sexual harassment by a few female contestants, including one actress and former Playboy model. We don’t know much about the details of the allegations. All contestants are under contract with Fox not to discuss what happens behind the scenes. I suspect these allegations will turn into a lawsuit against the show’s produces and the three judges: Gordon Ramsay; Graham Elliott and Joe Bastianich. However, these three judges are no stranger to litigation, especially when it comes to their own tipped employees.

Back in May, I wrote about an episode of Gordon Ramsay’s Kitchen Nightmares, in which Ramsay excoriated a struggling restaurant for taking tips from their employees. Given Gordon’s terse response to the owners allegedly taking tips from servers, it should have equally shocked him to learn that not only have his co-judges on Masterchef faced the same allegations, but so has he.

Joe Bastianich has ownership stakes in several restaurants in NYC, including a stakes in several restaurants with Mario Batali. Bastianich and his company faced a class action lawsuit by servers at several of their jointly-owned restaurants. They alleged managers took 4-5 percent of tips to to cover the cost of broken wine glasses and other costs. While that be a small amount of money to fight over, Bastianich’s managing company paid out $5.25 million to settle. That’s a lot of cash.

Graham Elliott had a similar class action last year at his restaurant, alleging sharing a tip pool with ineligible employees. It also alleged he failed to pay minimum wage to fourteen servers. Elliott also settled his case for an undisclosed sum.

If this tells us anything, it suggests that violations of the FLSA among tipped employees are extremely common, especially where tip pooling occurs. Are you a tipped employee in Texas? Do you believe your employer illegally deprived you of tips, failed to pay you minimum wage, or failed to pay earned overtime? Unpaid wage lawyers in Fort Worth and Dallas, Texas help clients recover stolen tips and other unpaid wages from employees.  Visit the unpaid wages page to learn more about your rights and how an employment lawyer can help.