When do I have a retaliation claim under Texas employment laws? Fort Worth labor lawyers 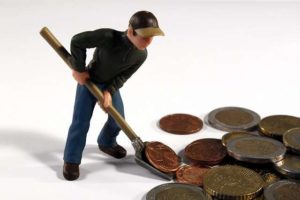 Employers and their managers learned it often pays to deal with workplace problems that result in violations of employment laws. Inevitably some managers retaliate against employees who were victims of the employer’s conduct or the workplace environment. Sometimes it happens because the complaint created an uncomfortable or even hostile relationship between management and the complaining and/or employee. Sometimes it happens because management makes a conscious decision to punish or get rid of “troublemakers”.

The law protects the rights of employees to bring complaints to the employer when the employment relationship violates the law (and in some cases, you may have to tell the employer first); without protection for employees who complain about workplace law violations it would be very difficult to have any enforcement of employment laws.

Retaliation claims arise from many employees, even those who did not suffer the initial violations. Retaliation claims can arise by the victim of the underlying violation when the employer (or its managers) retaliates for making an internal complaint, bringing a lawsuit, or making an administrative complaint to a government agency. They can be brought by other employees who made an internal complaint to management or complaint to a government agency.

Retaliation may be as severe as termination but definitely includes lesser acts. An employer might retaliate by increasing the improper conduct (particularly in the case of discrimination), cutting pay, cutting overtime opportunities, cutting promotion opportunities, increasing scrutiny to find “legitimate” reasons to punish the employees, demotion, creating a hostile relationship, changing schedules, changing work assignments and so on. Retaliation claims require proving that these acts were intentional and related to the complaint, suit, or charge.